(Anyone else singing "head shoulders knees and toes, knees and toes"?)
I think the feeling on the right side of my knee has started to return. It is one of the more unpleasant skin sensations I have ever had. And I have done some pretty messed up stuff to my flesh.  My flexibility is returning slowly, but it is muscle strength I seem to be struggling with a bit. The stationary bike helps. Doing lots of stretches, and being bored out of my mind. So much so I have been doing some odd for me things. Oh don't worry, posts are coming soon. More homemaking items.

I did fall twice this weekend. The flooding caused some ruts in our driveway to become deeper, and in the dark, they're not easy to see. However the pain was over with quickly, and the next day there wasn't any pain in my knee. First time in a while. Husband says I will have to "tear" and "break" over somethings to get my knee useful again. Some days I wish I had only broken my knee rather than suffer all this soft tissue damage as well. I would be closer to normal by now. At least I wouldn't still have to use a cane to get around. Sorry, woe is me. I still have my leg, so should be happy. Just it's so incredibly frustrating some days.
I did take a ride on Husband's new to us motorcycle. I had to squat on the fender, as there isn't a seat on it, and our saddle doesn't fit it.  It was on Mother's Day. The bike was running, Husband was making some adjustments, and I strolled out to the garage and announced he was going to take me for a ride. I had resolved to just get it over with. Everyone including a mother kept telling me that I had to get on at least one more time. And this is part of our life, a constant part of our life. I can't be scared of what brings in the majority of our income. Husband however seemed a bit hesitant to take me out. Are you sure? He kept asking. I had to stay firm on it, at least in my mind.
My knee tinged with a bit of pain as I first mounted the fender. There are some leg positions, even with a straight knee, that can cause discomfort. Straddling a motorcycle turns out to be one of them. But the pain was tolerable, not so much a bad pain, but a useful one. I have been getting better at deciphering the two. I digress, onto the bike I sat. My arms bear hugging Husband. Not the stance I am use to when riding, but no seat, no sissy bar, it's what I had to do. We slowly rolled out of the driveway. He said he would just take me around the block. The first turn made me cringe. I tried so hard not to tense up, but I did. However I didn't suffer a single anxiety attack! Just some overanalyzing   that causedme to tense and some ruts on the dirt roads that hurt my knee. I am thrilled to report that I didn't cry. I also didn't enjoy it as much as I use to. I think it was because I was thinking too much about it. The next time will be easier.
I also want to state for the record that I have the best readers! A huge shutout to the wonderful Moonwaves! She's a long time reader and friend. She braved the hairy bikers to get me some pictures in Essen, Germany this weekend. She is awesome!
As of this moment all I know is that the guys didn't win first, but the rankings have yet to come out, so I don't know the placement. Husband says he isn't worried about the rankings. This was a debut, and there are orders for more. And that's what matters.  The majority of winning bikes were board racers (cafe racers), just like last year. This bike is no where near being that uncomfortable. 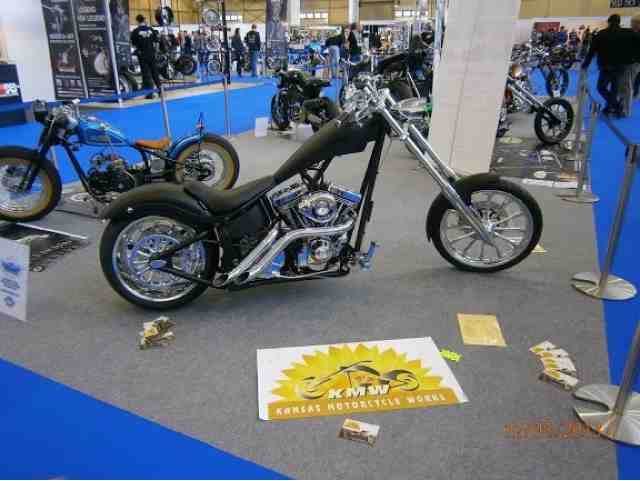 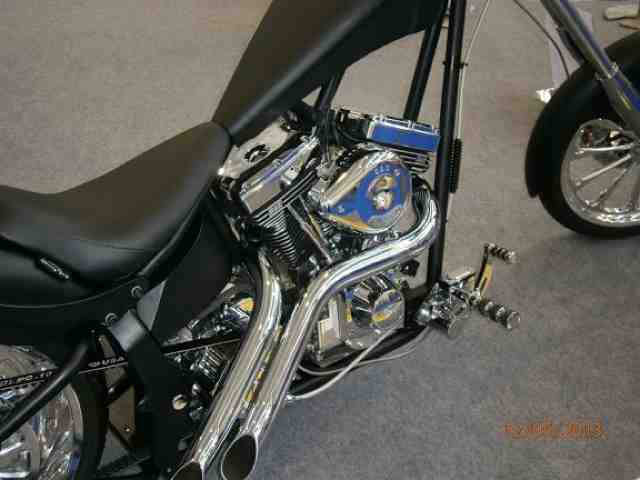 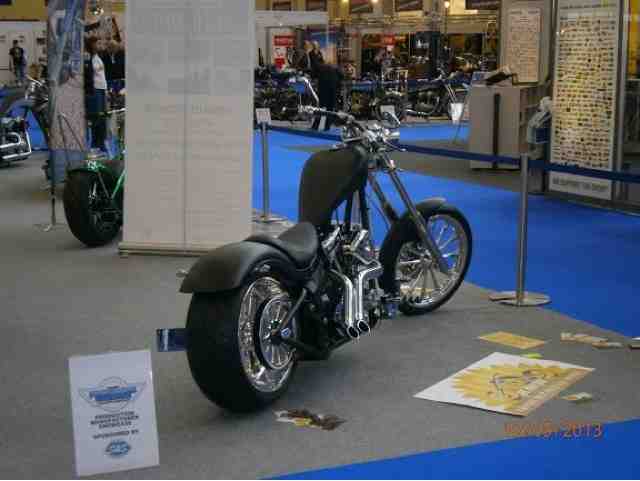 They should be proud of themselves. They did a beautiful job! I won't go into details about all this, as it will bore most of you.
Be back soon with regular programming.

Email ThisBlogThis!Share to TwitterShare to FacebookShare to Pinterest
Labels: Wreck

I hope you get well soon and it was brave on your part to adjust on that bike, with almost little space for any body sitting behind. But I guess you enjoyed the ride and conquered your pain and fear.

I broke my lower leg and ankle on Mother's Day 4 years ago. Like you, it was a lot of tissue and ligament/tendon damage, not just the bone. I hate to tell you this, but it will never be "right" again! You just learn to deal with it. You learn to do certain things certain ways that relieve the discomfort and push forward. Very good for you that you pushed through your fears and got back on a motorcycle. That's the first step in getting over it and on with life and you should be proud of yourself :)

Michelle, both surgeons and my PT says that I should be back to normal, but with early onset arthritis, if I continue to do the exercises they recommended. And that's my plan! Thank you, I am proud of myself as well.

Good for you for getting on that motorcycle! That was huge!!! Yes, it should get better as you keep on keeping on. (((hugs)))

I tore my medial meniscus in a fall. The doctor said a year later that if I had broken my leg instead of tearing things, I would be completely recovered. He also said that a knee replacement was next if I fell and tore it again. Be careful. I am careful and still fall on it.