How to tell if you have a sheep or goat

I know this might seem a bit silly to those of you that have had sheep or goats for awhile. However there are many breeds of both that are constantly mistaken for each other. Popular belief has sheep flocking together so they can't breath, come in only white or black, and must be sheared. But the same can be said for some breeds of goats. You can milk both as well.

The answer to the test was goats were on the left, sheep on the right. (See first photo below)

The biggest differences are on how they walk. On a good full moon, sheep do walk upright, imitating humans. This is a mating ritual. Like when a baboons rear glows bright red. It is to show off for the ladies. Giving them full frontal views of all their assets. (See photo 2)

There is a myth that sheep flock together for protection. This is untrue. They flock together to create a false sense of calm to their prey, humans. (See picture 3) sheep attacks are rarely reported, and typically attributed to coyotes or wild dogs. As sheep tend to leave no witnesses. The manner in which they eat, is similar to a pack of dogs, leaving debris scattered amongst the green hills. It is a rare sight indeed to see sheep grazing on flesh and live to tell about it.

Goats on the other hand enjoy the hunt. They prefer prey that they can give chase to, like deer. Unlike sheep, they leave only bone behind. (See picture 4). On occasion, they will drag a human baby off into the pasture. But this is usually hard to prove in a court of law.

The easiest way to tell the difference between sheep and goats is the position of the tail, sheep that haven't had their tails docked, will be hanging down. While goats tend to leave their tails upright. Be wary however if either starts to wag their tail puppy-like as this is a striking position. If you choose to raise these killers of the farm, protective gear while handling them is a must. Never turn your back on them, and board up windows and doors on a moon light night.

And now you know. 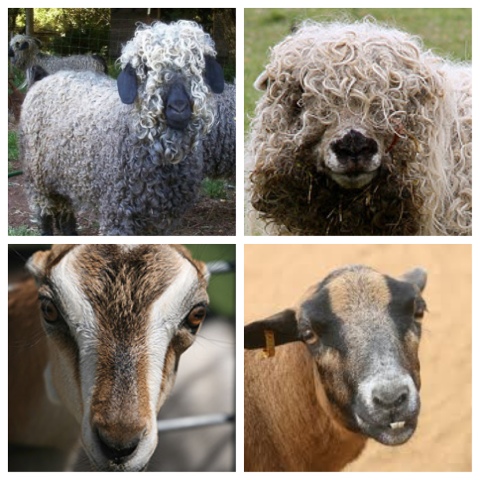 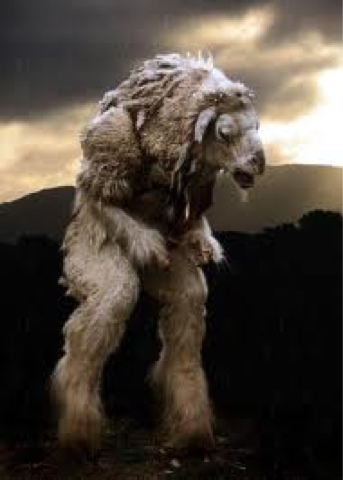 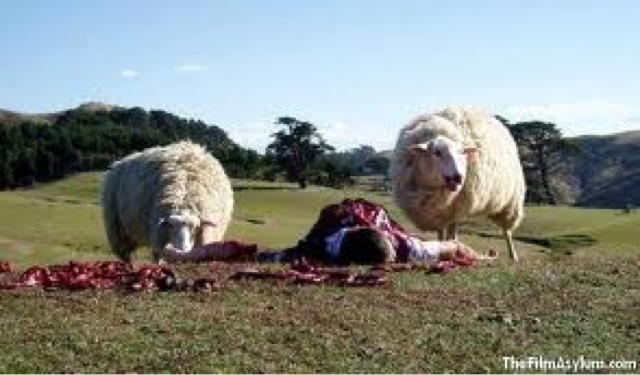 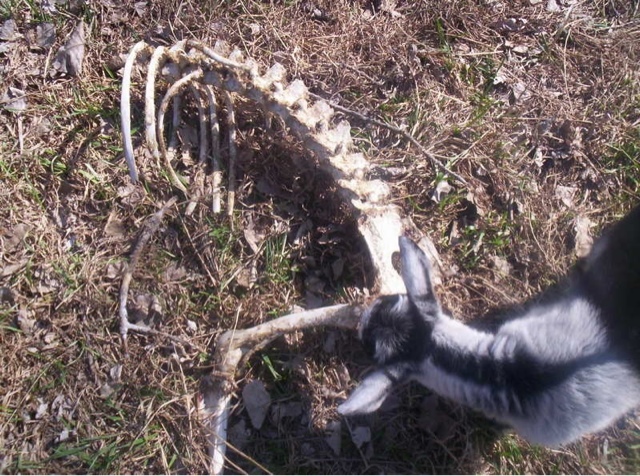 Now, I will have nightmares, and I have no idea where there are any goats remotely near me.

Are those pics from Black Sheep? LMAO! Ok, now I have to watch that flick. Been a couple years. Hubby's gonna kill me. He hates bad horror. :)

The middle two pics are from Black Sheep, the best horror movie out of New Zeland. The last pic is of my goat aptly named Zombie.

Okay I just spit coffee out my nose and onto the keyboard! Thanks for my morning laugh!

Well you just made my day! So funny. Thanks ;)

So glad you all enjoyed that. Just seeing if anyone was still reading. :D

Hahahahaa! Dang, Netflix has that movie as DVD only. :(