Our first year in a new homestead, in a new State has come and gone. No fan fare from us of course, it's been much more difficult than expected. 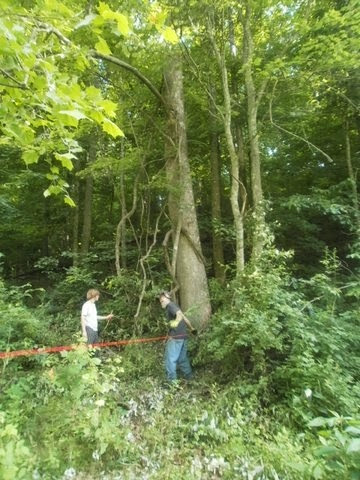 We arrived with great expectations. We became the ant trying to move the rubber tree plant.  But we have high hopes. (For those of you old enough, you are welcome for the ear worm). 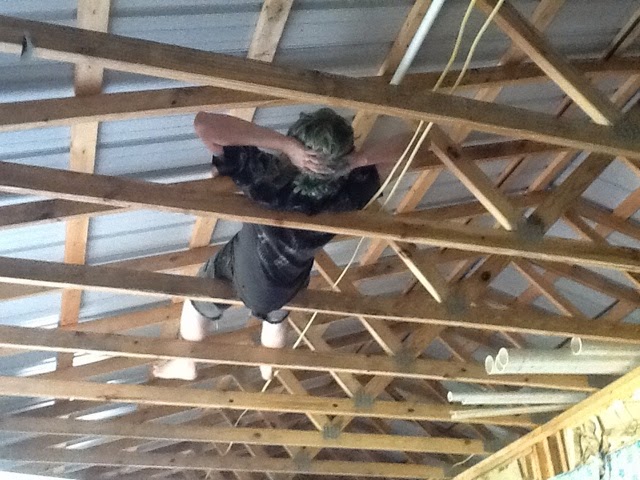 We settled in as best as one can without a ceiling, walls, or electricity, and a rotting floor. At least we now have a ceiling. We made the best of what we had, still I found myself scared and alone during the harshest winter seen here is 20 plus years. We were unable to drive up our drive way, and had to walk the half mile in snow and ice. The last time we drove up on ice, we went flying backwards at 20 mph to a blind curve, one side a 75 ft drop, the other a steep hill. It was eerily calm in the truck, as though we accepted out deaths. Nervous giggles erupted once the truck stopped moving and we were safe.
The boys kept my spirits up. 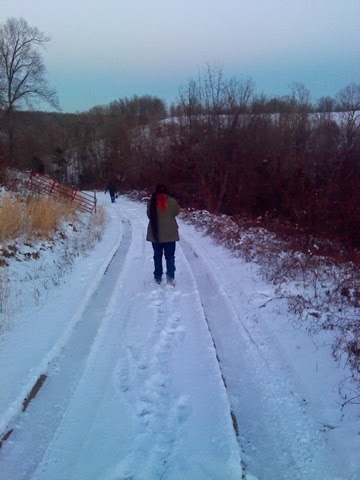 It felt hopeless. Husband gone back to Kansas for work. Me unable to prove I lived here. Our budget so tight that I didn't eat for several days just to make sure I had enough for my growing boys.
Spring came and I tried to find the happiness that had initially brought me here. Business picked up and I no longer had to sacrifice meals. I could also proved I lived here. Husband took on a 2nd shift job that is making him miserable. But we all make sacrifices. We did, once, love the land. 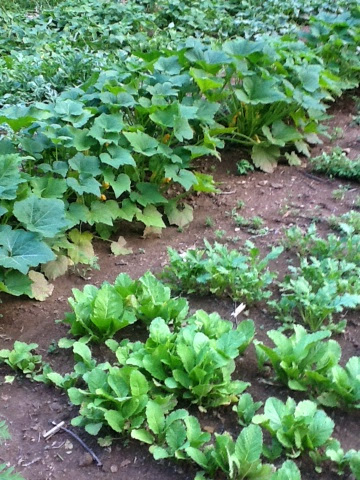 With spring came planting. Our tiller broke, so we worked the soil by hand. It was trying work, and I was unable to plant all that I wanted. As summer encroached, I stopped worrying about feeding everyone this winter. 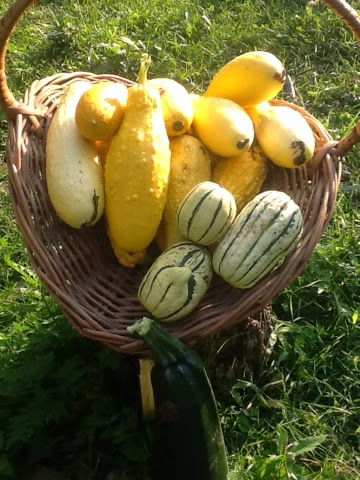 Summer is rapidly coming to a close. My cows still escape, my fences are patched daily, I still do laundry in the creek (except Mondays when I can catch up at the laundromat). The hens have begain to lay eggs. Nuts are almost ready to harvest, and mushrooms are being gathered.
It's sort of looking like the life we had hoped it would be here. Maybe in the next five years we will find our way, find the love, and not be so stressed.
Time will tell.
by Phelan at 11:16 AM

It's hard to believe a year has gone by already.

You have tackled many hurdles to work the land you're living on. Remember, this land wasn't really lived on prior to your family moving there. Slowly but surely, the place is starting to form into the homestead you want it to be.

Your garden is beautiful, providing delicious food to eat and can. You have a shop, and hubby is working another job at the same time. Every day is one step closure to your dreams coming true.

Hugs to you and yours,
Sandy

You have done so much and endured so much. Very few really know how hard it is to carve out a home on raw land. When I was a teen where we homesteads(although it was never called that lol) We would have to park way at the "top " of the road in snow, rain or ice. What a haul it was on foot, because it was just as slippery by foot!
Be proud of yourselves, you have picked a hard but honorable road, and things are looking up.
Hugs

I didn't realize you had gone without food last winter. Things will surely get better now. Your garden looks great, and you all are gradually making your home on your land.
(((Hugs))) to all of you!

Sweet Sandy above is so right. listen to her uplifting message and know that good things are just around the corner - gurl, you are right at the tipping point!
if it helps at all - i don't even remember our first 6 months here and the next 6 months after that are pretty hazy in my memory. it takes a lot out of a person to move to the middle of nowhere, try to build up a house and garden and a shop and that is hard on a person who hasn't just been in a terrible motorcycle accident!

you have the cutest accent on the planet and i thank you so much for being there over the years. if it wasn't for your leading the way, we never would be where we are. which as you know is in a piece of crap cottage in the middle of nowhere that shakes when it's windy, and it's always windy - and living our dream - bahahahah!

i love you so much and send so much love to you and yours. it's gonna get better honey - you just wait and see.

Thanks for sharing honestly. Its not an easy life but it is rewarding and your struggles will pay off time and time again. Best of luck.

From one first year neophyte to another - the joy will come. I endured my first year in a brutal winter too and I've never longed for Spring so much, but when it came there was still so much that wasn't the way I'd hoped it would be by that time.

Halfway through Summer the fear of next Winter is rushing up on us but then there's that little spark of hope that things are coming together. The chickens start giving eggs, the goats start giving milk (that we can actually get from them) and it steadily becomes clear that, though it might be a slower process than we'd hoped - the good things are on their way.

Never give up - just the chance and the courage to do it is a gift from God.