For those of you that are new, welcome! Small is my youngest son, age 10.

By now we have all been made aware of how much Small loathes the school here. So much so, that he was worrying himself sick over things. Yesterday we had a "small" breakthrough.

And it is all thanks to National Agriculture Day, and 4H.

Last week Small came home with an assignment that was going to be involved with The University of Kentucky Ag. Dept and 4H. He was to make a presentation, following the guidelines set forth. One of the rules was no weapons, but you could talk about them and show diagrams, and no live animals. (Some of you might remember Large's project a few years back, he was allowed to bring in Chickens)

So we fussed over what to do. Small suggested cooking. It was on the list. He wouldn't be allowed to show off his knife skills because even kitchen knives are listed under weapon. We settled on making campfire muffins. They are made just like the Campfire brownies in the orange cups, but made with a chocolate muffin rather than the brownies. We made the information poster, got the ingredients and equipment put together and practiced making them. Even made a couple for the judges to taste.

Yesterday was the competition. I was worried that because of his shyness, and lack of public speaking exposure, that he would not do very well, and hate school even more.

However, once he hopped in the truck, he was excited. Big smiles and bouncing! I asked him how he did.

"I lost to a rainbow cake and a rock collection." Then he handed me a blue ribbon. He scored 97 out of 100. The 3 point deduction was for eye contact or lack there of.  He was disappointed that he wouldn't be able to go to the County competition for it, but he was still stoked about winning a ribbon for originality and communications. The judges feedback was great! We know what he needs to work on for the future, and he is pressuring me to enroll him in 4H. (of course I will).

I am proud of Small, and so grateful he has found something to like here. (sorry no picture of the muffins, just the brownies we made in the past) 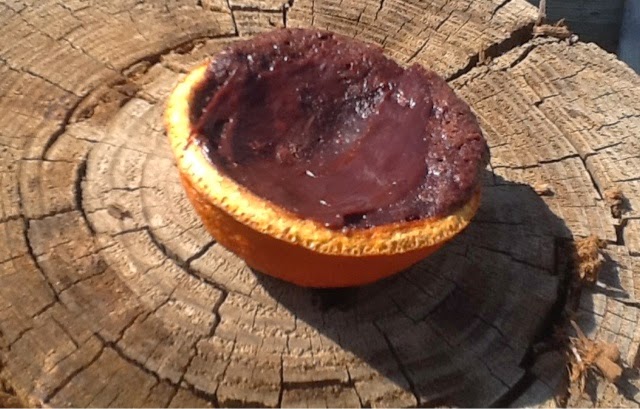 YAY Small!!!
what a great job! It is so incredibly hard to speak in public, tell him I said Way to go! ( i need to try these this summer)

That is terrific! Way to go!! :-) Small, You must make those for me when I finally get to come visit.

GREAT job, Small! Took a while, but hope he finds his place.

That is quite an accomplishment. It's very difficult to speak in public demonstrating how to make something. I'm sure he'll really enjoy 4H.

Congratulations! That's awesome! I'm so happy for him, and for you. Did he get to eat his work afterward?

Alright Small!!!! Congratulations there young man, your work was honored and you received a ribbon!!!!

Way to go Small! Sounds delicious. I remember when my guys had to do a 4H presentation. Lots of nervousness.

Good Job Small, very proud of you. A 97 is sure something to be proud of! You will love 4H, be sure to keep us updated.

Wonderful! Your Small reminds me so of my eldest screamer...who is also enamored with 4H. He's set to attend camp this summer (across the lake but I'm not allowed to drop him off, lol) and is just buzzing about it. One good thing about KY...no matter where you are, there is a 4H that usually rocks.

Wonderful! I'm so happy for him! I am shy myself and I remember how hard it is to stand up in front of a group of people, whether it's a large group or a small one.

Give him my congratulations! Now, I want chocolate. I loved 4H when I was a child.

That's a very positive accomplishment for him. Maybe it will make him more comfortable at school. It has to have enhanced his self esteem and that's worth a lot.