It's one of the best things about living away from the city, the open space. I don't miss all the noise, and lights. I don't miss being able to see my neighbor walking through his house naked, or worry about the stranger walking along the sidewalk. Growing up in suburbia in the 80's allowed us to run around free, without little concern for safety. But that has changed. Funny, I was more worried bout the neighbors calling the police about us allowing our child to play outside, then I was about someone snatching him. 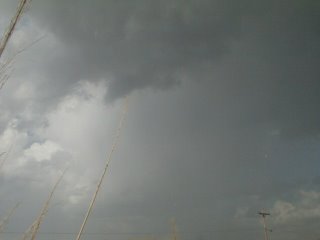 a storm
Out here, they can run around like I did as a child. They have the freedom that I had once enjoyed. The down side is not having friends, and having to rely on one another for companionship. My husband and I were rather selfish on that part. We didn't even consider something like that. But once they begin school, they do make friends, and even a few have been allowed by there parents to come all the way out here. My boys can camp out in the fields, and I only have to worry about what mischief they are up to and not other's. 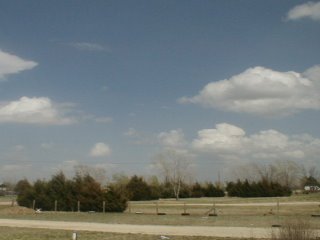 drive way
We {in reality} are not that far from a town. Yet there is enough nothingness between, that people act like we are. 15 minutes to a grocery store isn't that bad. But everything closing up early can be a problem. I am not able to run to the corner store in the middle of the night with out having to drive 40 minutes to find one that is open. 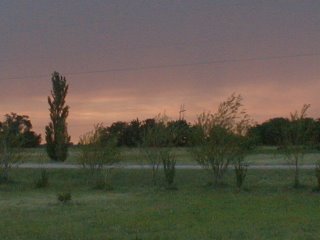 a sunset while a storm brews
In the mornings, we sit out on our front deck with a mug of coffee, watching the mother fox teaching her little ones to pounce. At night, if we are very quiet, we watch the skunks saunter by, raccoons fighting each other to be the first up a tree, opossums hunting their small prey. It's an episode of national geographic presents out here. How many kids get to say that about their homes any more? Most kids don't even seem to notice or care about it. Though I will say that once they've come out here and are allowed to gather eggs, help pick fresh vegetables, camp out with a bonfire and run through the fields naked, they can't wait to come back. {I have found more unknown boys underwear out here then I care to admit to} Something wonderful comes over these kids out here. Their parents stare at me, with their jaws dropped to their knees when I tell them how their city boy volunteered to weed the garden or clean out a coop. 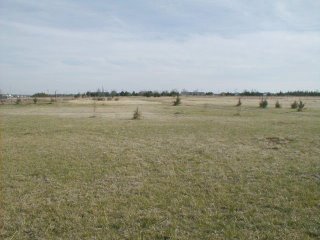 my backyard
They get to play like savages, or cowboys. They get to play it for real. It's a sight to watch as the withdrawn, video game junkie transforms into a child that doesn't want to step foot back into the house. Why would he? There is so much out there to get into. They beg their parents to stay one more night.

Another thing I find fascinating about the openness, is watching storms. It's different here then in town. We can actually see the rain slowly make its way down the road, it doesn't just show up over head. We can see for miles, and every spring we get to watch tornadoes form miles away. The air looks and smells different. You can feel the energy of the storm just a bit better. And then there is the stars. Stars like you would not believe if you have never seen it before. No lights to turn the sky an ugly, harsh orange. We lay out on the trampoline and name constellations, make up new ones while listening to coyotes celebrate a kill. There is nothing else quite like spending a night outside in the country.
by Phelan at 7:53 AM

There is great joy to being a kid in the country....