Something ripped open the chicken pen, found two hens dead. Pretty sure it was one of my dogs. Not sure what set them off. Everything had been going just fine, was even letting them out to roam (chickens). Three of our dogs have grown up around birds, one hasn't. My bet is on the one.
After we cleaned up and repaired the pen, Large, Medium and. I allowed Small and Husband to sleep, and took our own adventure. Medium grabbed his pellet gun to fight off any vicious squirrel attacks, and Large welded his machete. 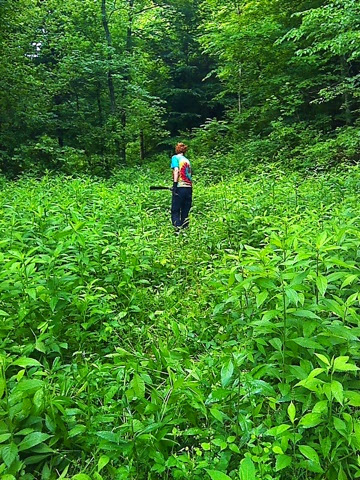 We headed into the holler in the holler to check on mushrooms, and berries. 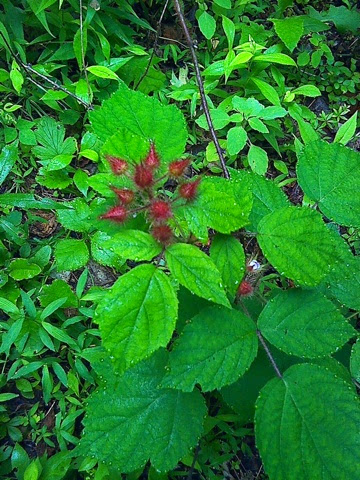 The wild raspberries aren't ready yet, but there were a few blackberries to munch on.
Large says he would appreciate it if any one can name this plant. He has dubbed it Angel of Death, until he knows better. 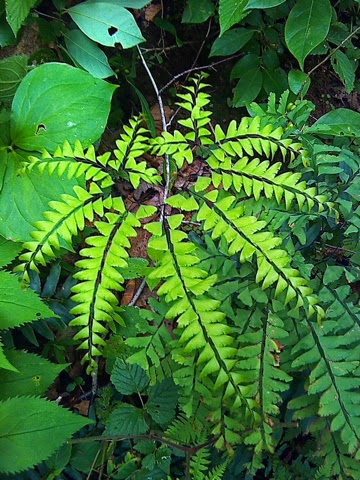 We returned home with our small gatherings and had a bit of lunch. 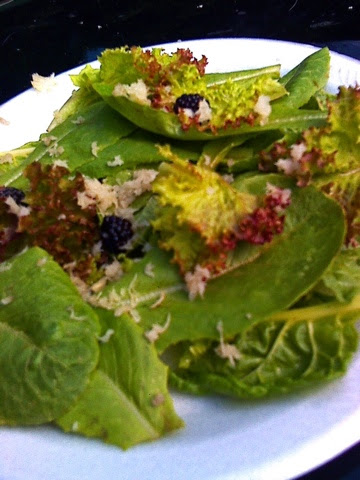 Lettuce, spinach and radish from the garden, blackberries and wild carrot from nature. Wild carrot makes an excellent ingredient in cookies by the bye.
After lunch we headed out to a bamboo forest. 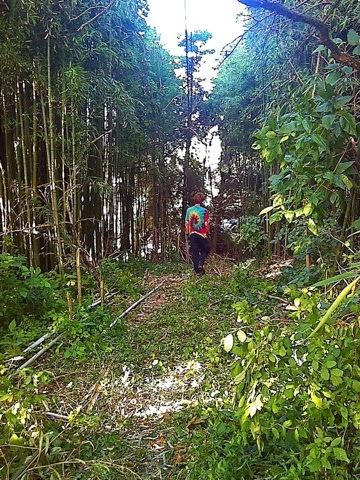 We were invited out, expecting only to gather a few bamboo poles. Instead....
We had a lot of work a head of us. The owner is putting a driveway through the middle of all the bamboo. After three hours of none stop work, we were able to head home. 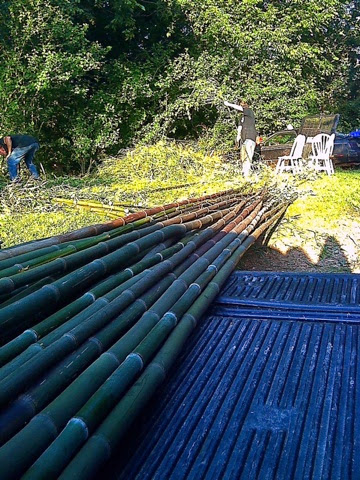 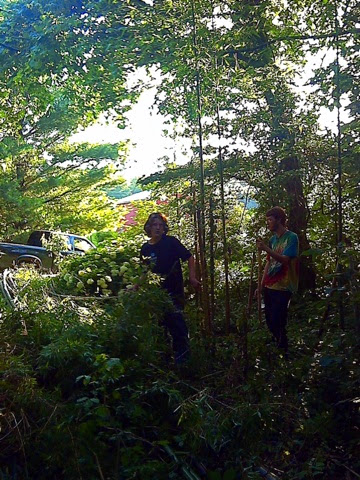 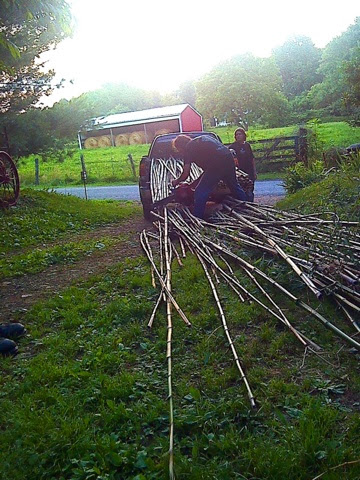 It was an exhausting day. However we now have a few resources for some more projects.
by Phelan at 10:11 AM

Great score on the bamboo poles. I've been trying to find someone who has a bunch wanting them "gone" so I can go wack 'em down. Tons of uses for them around the homestead.

The "Angel of Death" plant is a Fern.

Tell Large it looks like some kind of fern to me. Don't know what kind. Interesting looking!

I love bamboo... all kinds of uses.

Now that is some really nice looking bamboo, I can't wait to hear about the projects you'll be doing in the future with that bamboo.

A fern was my guess. Now, he can google fern pictures and find the exact one.

If your dog can get to the chickens, so can a raccoon. How were the chickens killed? A ripped open breast/chest means it was a raccoon. Animals kill a chicken in different ways, so this is a clue to what killed the chicken. Did you check the dog's mouth/muzzle? You might have found blood or tiny feathers. Was the chicken eaten for a meal or just ripped and shaken?

My heart sunk when I saw the title of your post.

I love a good plant mystery! :) I did some digging and my best guess is a northern maidenhair fern.

And keep a look out for the wild raspberries with pretty pink flowers--the berries look good but have basically no flavor. A waste of picking energy

Chickens were puppy pounced. I have been around chickens and different manners of death for awhile. Puppy pounce is an easy one to spot.

Thank you for the name ID of that fern!

Hey! sweet girl! good to see a post. I don't know if you can buy a book for find out how on the internet but when I lived back east a friend of mine used to make bamboo lawn furniture. It needed cushions! ha ha ha but it looked good! just a thought! sorry about the chickens.your old friend, the rat