Obtaining an Address in Kentucky

Our adventure starts when Husband emerges from the Holler for the first time since we got there. Almost a week later. A trip to the largest town in the county. While there, we decided to see how one comes by an address in these parts.
We decided to take our query to the Post Office. Seems obvious to me, Post Office deals with addresses all the time. The lady at the desk referred me to the County Court house, third floor, at the E911 center.
The court house is, of course, a historical one. At this time I was still using my cane and not very proficient at stairs. Husband had the bright idea to use the elevator. No, never again. I have had nightmares about these types of elevator. No larger than a closet, the five of us squeezed in to go up one floor. It groaned and grind. It made horrible, I will drop you noises.  The boys giggled nervously.
Once on the third floor, we navigated the narrow hallway, reaching a sign that permitted inmates entrance to the court room. Oops wrong way. We finally found the E911 center. Doors locked up tight, a sign declaring a darken, glass encased room as addressing and mapping. We stood there for a moment, contemplating what to do. Husband pushed the intercom button on the E911 centers door, help would be with us shortly, chuckle.
Next came the almost impossible task of telling the man where our property was. Took ten minutes to find it on the computer, satellite images of the area. He took our information and told us it would be two weeks before he gets out there to physically see the property. The numbering system out there is so much different than here. Since the property isn't a grid, but all wiggly wobbly, they measure the distance the house is from the main road, and that becomes your house number.
I took the stairs, very slowly, out of the court house.
Two weeks passed, and we heard nothing from addressing and mapping. Week three passed and my patient level expired. I can't move without an address. Too many things have to be done that requires an address! I called on a Monday, not open. Called Tuesday morning, he was busy on the other line. I called Tuesday afternoon, finally reaching him. He informed me that the computer forgot to schedule a visit in. Color me confused, I thought that was the data entry person that scheduled. He said he would go to the holler that afternoon. I texted Small Farm Girl, asking that she unlock and open my gate. That was one of the requests from addressing and mapping. She was more than happy to, guess she went and played down there. Haha! I don't blame her for hanging out, she said it was 10 degrees cooler in the holler. Wonderful news to me!
No phone calls came for two days. I was getting ready to call them, when he called me. He had temporarily lost my number, and he didn't go to the property until the next day. Sigh. He then proceeded to describe the property, to be sure he was at the correct place. He told me he felt like he was going to be shot driving down our driveway. I could help but smile. He then added, "you have a beautiful place down there, I couldn't believe it." That thrilled me to no end, a local that's seen a lot of places, thinks our place is great.
I then was given my street address, and he began to tell me what types of road names are acceptable.  I had to interrupt him, we already know the name of our road. We have been changing it weekly. As time has passed, waiting, we came up with several different names. We ended up doing a play on The Wizard of Oz. the addressing and mapping guy chuckled. Knowing that we were coming from Kansas, he said it was very fitting and he liked it. I am sure we were the gossip talk yesterday.
Now the full address goes to the Post Office for final approval. He said he doesn't think they will have a problem with it, and that I should know for certain in 2 weeks. Ugh, more patience on my part.
It has taken 7 long months to move, but now it is nigh! 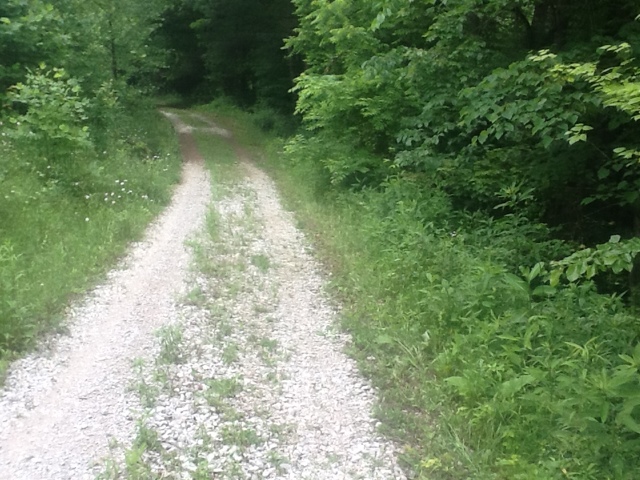 Email ThisBlogThis!Share to TwitterShare to FacebookShare to Pinterest
Labels: moving

Phelan,
I know this is wrong, but I am envious (read jealous) of your upcoming move. There is nothing like the feel you get when you walk in the woods. GOOD LUCK in your beautiful new home. You are truly blessed.

:) Dang,even the driveway is beautiful! I am so happy for you all. Have a wonderful weekend.

Jealous is the correct word!!! I'm extremely jealous after seeing those pictures. I hope everything else goes smoothly, and you don't have to wait weeks for verification or approval on anything else during your move.

My family is from Kentucky and look how awesome I am! ha ha ha ha good luck to you and your family with all the details and welcome home sweet girl! ha ha ha ha

Mr. Rat, my mom was born in Kentucky, so I understand. :D