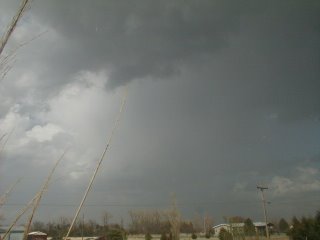 I thought that it might be appropriate to reveal a little about myself before we get into the nitty gritty.

I am a 28 year old stay at home mother of 3 wonderful boys. 4 years ago my husband and I were living in suburbia, on the corner of a slightly busy street. At that time we had one son and I was pregnant with our second. I was tired of hearing the loud rap music blaring at all hours. To be completely honest, I listen to death metal, but not when I am trying to get a young child to bed.

We were annoyed with all the trash people felt compelled to throw into our yard, and just having a toddler near such a street was frightening. We set out to find a home away from all that was troubling us. Not once did we actually think about modern homesteading. But once we fell in love with a small home on five acres, we saw the potential.

My husband lived half his childhood in a car in downtown Denver, Colorado. I grew up in a middle class suburb of Wichita, Kansas. My life was easy compared to his. Yet somehow we have managed to put up with each other for 10 years. {Actually he says he has to put up with me, he is easy to deal with} It was initially his idea to live in the country. I played the wife and allowed it. And now I am glad I did.

It took us two hours to find our way to the house. {we even had a map!} The only main bridge {we have since discovered there is another bridge} that took us across the river, was closed for repairs. To our knowledge this was the only way to get to this home. After many twists and turns, we evitually found the house. It wasn't much, a 3 bedroom 2 bath trailer home. Though it was much larger than the 1,000 square feet {that includes the front porch} we were living in. And it being September did not help. Everything was dead. My husband was instantly in love with it, I had other thoughts. We placed our bid and won. This ugly brown land was ours.

Secondly, we moved in and discovered that the well bladder was cracked, had been that way for some time. Of course we had to dig 5 feet down with hand tools to find out why, amid all this dead grass and weeds, one patch was so lush and green.

There were many problems with the place that no one seen fit to divulge to us. Too many to list here, things like the covered deck leaks, and a shower exploding, and a goat that was so set on getting a hold of a female that he ignored the pain of a hot fence to get to one. That goat was so wild and had been so neglected by the previous owners, we had to give him away, to some one that was an experienced goat wrangler.

And then there was the cats. We came to the conclusion that the previous owners had bought one female cat and threw it out into the barn to live off the scraps they threw off the back porch and mice {that were in the barn}. They hadn't bothered to spayed the poor dear. And by the time it was over, we had caught 17 adult cats, 2 kittens and a skunk. One adult male found his way into the house, and after a Bug Bunny cartoon type chase, my husband had to go to the ER on Christmas Eve. The tom had managed to bite through a welding glove and thumbnail!

The homesteading thing came about at the same time as our garden. We should try to live harvest to harvest. What a brilliant idea! ~ha!~ But we are trying. And the posts that are to follow will be about all my first times. It is a beginner's tale of mistakes.
by Phelan at 8:50 AM

(and I never knew all that background. In fact, I often wondered how you ended up on a farm in the middle of Kansas!)

I'm glad I've found my way here! Sounds like it was quite a circus at first!

I never knew all that stuff. I thought you'd always been a farm girl!

This sort of reminds me of a book. Have you read "Driving Over Lemons"? If not, send me your snail mail address and I'll send it to you.